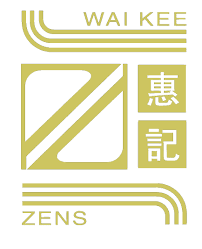 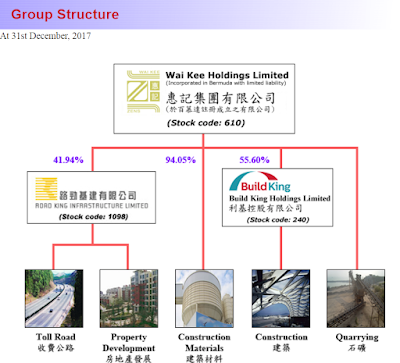 Having been to its AGM back in 2019, i was pretty confident of the company's execution and plans. As they mentioned culture tourism, hong kong development projects as well as diversifying out of China for its expressway and toll operations.

(Slip of voting paper used for AGM Voting back in 2019)

However, in spite of the recent market developments in the property market, i realized that i have about 20% of exposure to the China Property Market in my portfolio. 10% being the light assets (Central China Duos which have been the delinquent duo year to date and Yuexiu Prop Service)

As such, i have made the very tough decision to divest most of Wai Kee Holdings away, holding a token sum now.

1) Property Development will only get tougher. As seen in the margins, it has been coming down for Road King even before the property saga has begun. Its cultural ventures that it has talked about when i was at the AGM back in 2019 has turned out to a huge impairment loss as the impact of Covid and low prices has took its toll. Moving forward, i believe low margins will be an increasing trend and expansion of volume will be limited by the gearing of the company.

2) Better chance of getting a higher return elsewhere. In lieu of a weakening property development results, one wound wonder where the returns will be for the company. While Build King has been doing well in 2020, it is also susceptible to lowering of margins in a competitive construction industry in Hong Kong even though it has been very good in maintaining margins. As such i do not see any growth in profits this year nor the next for Wai Kee which may have drove returns.

3) Dividend Cut. 0.3 price to book, 3.23 PE, not significant amount from revaluation of investment properties, this does not signify a dividend cut when payout ratio is less than 25%. However that is what Wai Kee has done this year. To put things in perspective, when it earned lesser in 2020 1H (after excluding one-offs) it kept its dividend at the same amount as 2019 1H.

Compared to Central China Bonds, Road King Bonds have been very resilient which currently indicates market's. In fact its 2024 bonds are trading at a premium.

2) Too Cheap to fall more

As the PE is already low enough, the only reason if it falls more will likely be liquidity at Road King. However, road king runs a hybrid highway and prop development structure, which means that they do have enough divestment strategies should the prop development arm run into problems. Also, they have not known to be overly aggressive in their strategy and have been diversifying by looking at south east asia highways (as evidenced by the Indonesian acquisition)

The owners have purchased 11.49% of shares of Wai Kee from NWS Holdings at a price of $4.64 on 3 April 2021. As such, it can be seen that there has been faith in the company's business from the owners themselves. Also, with around 11.49% stake left in Wai Kee for NWS Holdings, this could pave itself for a Wai Kee takeover in future.

In conclusion, I believe the company will be able to hold its ground in the recent rout, however it will probably be a couple of years of falling profitability in the propery development arm before there is an improvement in the latter years.

I have not devised a concrete plan on what to do with the divestment proceeds yet although there are a couple of ideas floating around. However, the cash position following the divestment is around 20-25% which isn't a great deal to be frank. Therefore, in such periods, careful averaging vs new position adding would serve to be a big problem a relatively low cash position investor like me would have to ponder.

However, i have decided to add Johnson Holdings (4000 shares at $1.28 HKD) into the moomoo portfolio.