Recently have been looking at a couple of small caps. 2 Small caps that I have glanced through would be Johnson Holdings (Hkex: 1955) and Baguio Green (Hkex: 1397).

(Jonhnson Holdings on the left and Baguio Green on the right)

Both companies operate in the same industry in Hong Kong, the cleaning and waste management industry. The main customers of the industry would be the government and customers with large facilities such as power stations and offices. 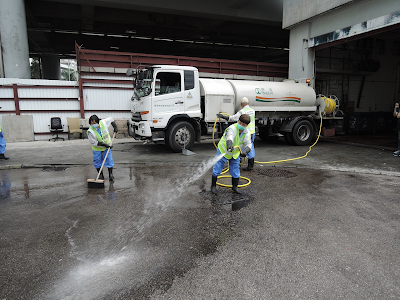 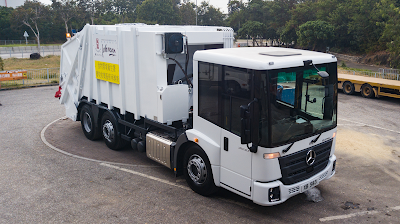 Why the sudden interest? They just appeared on screeners hence took a glance at it.

From a Financials Comparison, Johnson Holdings seem to have been able to increase their scale via their increase in revenue and maintain profitability compared to Baguio Green.

In 2020, both companies received employment support scheme which resulted in a much better result.

On average, Johnson Holdings spends much on employee salary per staff, and the staff per revenue is lesser than Baguio Green. However, the gross profit margin of Johnson Holdings is much better.

Without the employment support scheme, profit before tax for Johnson Holdings will have improved by 2.6 times while for Baguio Green the losses will have deepen by 9.1 times

As such, Johnson Holdings would be a better company as it has showed the ability to improve its revenue over the past years and deliver a better gross profit. According to the group, this improvement in gross profit margin from 2019 to 2020 is due to successful cost control and changing its tendering approach to focus on more profitable contracts.

Whereas for Baguio Green, it has improved its gross margins as well and has attributed it to decrement in cost of services which was relatively higher than that in revenue especially to the cleaning segment.

Another way to assess the company's business scale will be the amount of employees. As it is a labour intensive industry, it can be assumed that the more people hired, the more projects will be undertaken.

It can be seen that this staff count has been in line with an expanding revenue at Johnson while a falling revenue trend at Baguio.

As such, Johnson Holdings can be seen as the company with more potential for growth.

1) Ability to continue maintaining its margins.

2) Lack of disclosure of orderbook.  While disclosure is provided for transaction price allocated to remaining performance obligation for contracts with customers, expected orderbook to be fulfilled in the year ahead is not provided.

3) Breach of Occpuational Safety and Health Ordinance. Similar to construction industry, safety of workers is at the utmost importance and this can be seen in its competitor which is banned from tendering for 5 years due to a safety breach resulting in injury of employee. 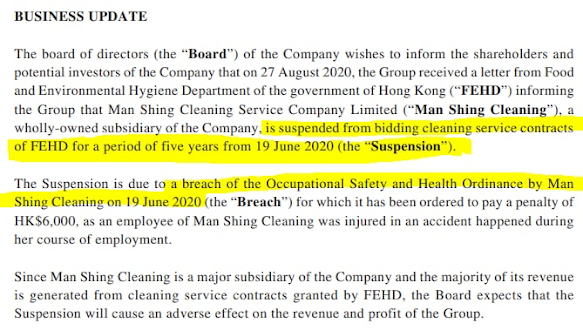 All is not doomed for Baguio Green as well, they have some positive rental reversions themselves. 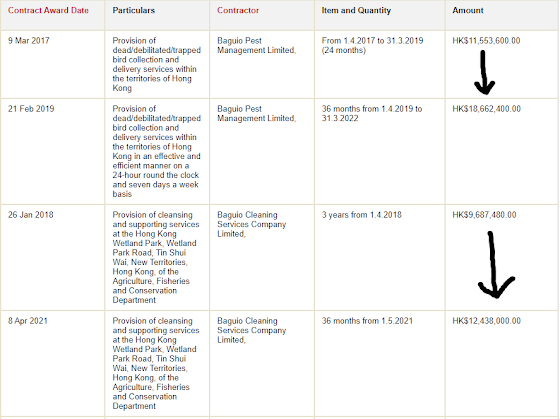 Along with an expected orderbook of 620 million contract to fufill for the rest of this year, it is estimated that the revenue for this year will be higher than 2020 by around 10%

Lastly, with the passing of the waste charging bill on 26 August 2021 by the Hong Kong Government, a bill that has been debated for years and dragged on for a period of times. This gives Baguio Green some hope as it has been a player in the recycling industry for a while. 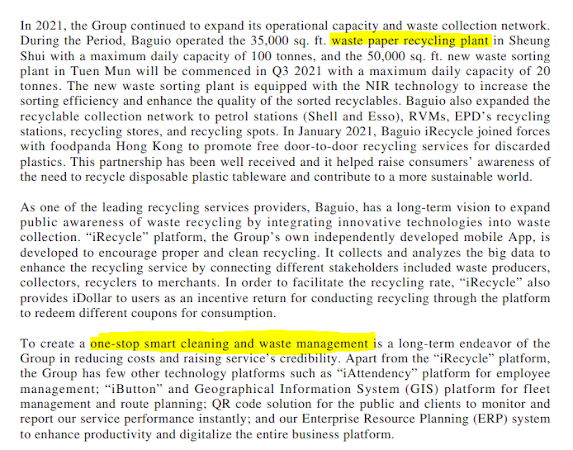 To conclude, Johnson Holdings is the better company but it comes with many inherent risk.

What is interesting is that in May 2021, both companies were awarded the same project, but Johnson Holdings had a way higher tender price that was accepted.

1 would probably ask if its even possible that the revenue has increased so much. Well interestingly I believed it was a joke as well and after looking up, I realize it is possible.

(Same contract but it has increased by around 50% in value)

However, as there has not been as much government tender renewals in 2021 due to a huge amount being awarded in 2020 already, the company’s new order book victory will rely on the semi government and private sectors.

Ultimately, the ability to control gross margins would be of the utmost importance as labor cost will only increase.

Is Johnson Holdings a company to add into one's portfolio? Well, it depends on whether one is ok with the risk involved.
Posted by zzxbzz at 11:01