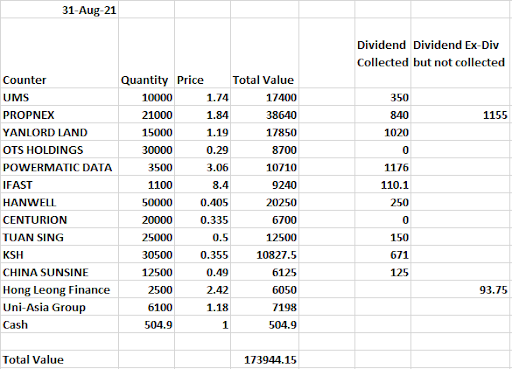 (August 2021 , YTD and since Inception 9 Sept 2020 Returns)
Overall Results remain satisfactory, considering that the STI ETF YTD Returns stood at 10.02%. However there are some results such as OTS Holdings that did bring some disappointments.
2 Results that impressed/ on the better side/ acceptable
1) Yanlord Land - Previous Year's high sales start to trickle in, contract liabilities have increased as well, these should convert into stronger property management income in future.
Land acquisitions in 1H 2021 also demonstrated certain financial stability in an industry which is highly unstable financially due to high leverage and debt ratio.
2) Propnex - Perhaps a reflection of the resilient and strong local demand for properties, the thesis is pretty simple.
Lack of overseas travel and a low interest rate environment would encourage more investments and no matter if u make money via stocks, crypto, bonds, forex or by starting a business, buying a new and better house would always be a way to reward one-self for it.
The cloud of doubt would always be would Singapore Property be a bubble, but instead of thinking that way i think it depends on the entrants in different housing markets.
For e.g a rich man in China buys 20 private condo for investment vs a couple who is upgrading from their BTO to private.
While the former is likely to crash the market, one would believe that the effect of foreign inflows is likely to dwindle due to Covid and hence it is likely the latter taking effect now.
2 Results that did not impress as well
1) OTS Holdings - As mentioned, 2H was probably the worst half in the past 2 financial years, as such it is a pity that this stock would be a counter that would need to show some growth in terms of expanding to new regions in the upcoming financial year.
If not, it would be labelled as a 1-off wonder due to stock piling for Covid in Singapore and Panic buying in Malaysia.
2) Uni- Asia Group - The stock actually plunged the next trading day after results were released, but it has recovered since then, which is not a surprise as i guess a few folks were plotting 20 000 or 25 000 charter rates and having some astrological thoughts (in Chinese they call it 天马行空, in crypto they call it to the moon) Unfortunately, there will always be a lag time in renewals and Q3 rates will be a better indicator. On top of that, despite disclosing Q2 charter rates that are below par, the dry bulk market has been strong since June which means that the winds are in its sails when they do renewal.
The results briefing seem to indicate positivity as well as KGI Securities did give a better target price as well.
All in all as mentioned before, with current rates at 32k, even with a drop to 25k, it is still forecasting a better year ahead as a whole. A shock would probably be other business segments doing badly or a sharp drop in rates due to demand shock.
Yes 1H was not ideal to some while to some it was a beat. Nevertheless there is no reason to not wait longer to see how things turn out.
Posted by zzxbzz at 03:05 2 comments: 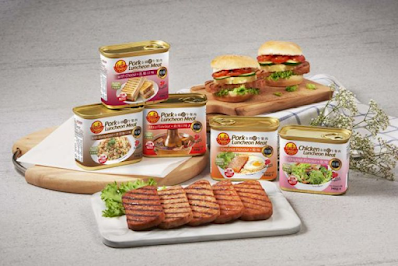 (Was very excited to view the results) 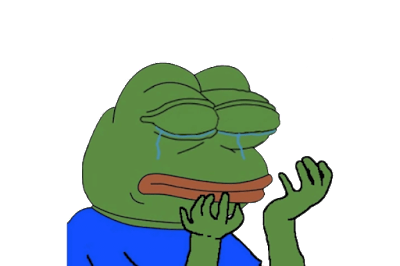 Thoughts on recent market conditions and some company results 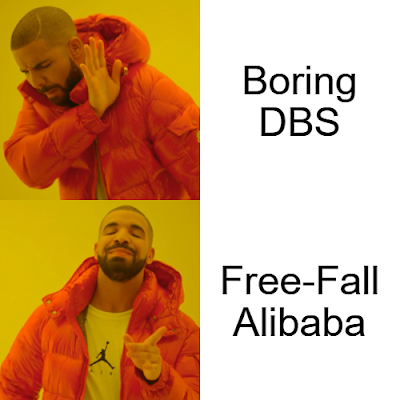 -The most common phrases heard these days will be regulation, attractive point to enter for the long term, crash is not over, time to switch over to trends that government are in favour of.

Personally i feel that all of such phrases are very accurate. Instead of worrying when the regulations saga would be over, a more holistic thinking would be

1) Am I ok with the regulatory risk adding more volatility to my portfolio ?

If yes then its fine, if no then do the appropriate actions to reduce such risks (perhaps when 1 bought the shares they might have missed out on the regulatory risk but most people should know of such risk)

Eventually in the long run there will be much more regulations down the road like a marathon. Thinking that the regulation is over would likely be a wrong thinking

9982(Central China Management) : Results released on 16 August, a mid year dividend declared to a yield of around 4.7% and assuming a 2H similar to 1H, PE will be around 7. Overall results decent, though industry is relatively small and the macro environment as well as its major industry subset (property) being full of negative news. I don't foresee any improvement in share price in the near term anyway, just hoping that the company continues a growth of 10-20% each year.

9983(Central China New Life): Results released on 12 August,. Share Price has been on a free fall since then, logging close to 10% in less than 3 trading days. Results wise there is nothing surprising as it has been guided previously that there is a 40% increase in net profit. Current Forward PE is around 13 with a mid year dividend of around 2%. Overall due to property sector in a negative mood due to fears over more curbs and Evergrande going concern, the property service sector which has been seen as some sort of tech related sector and a possible government clampdown sector target has seen weakness in the share price of its industry. For the company, moving forward they would have to show if they are able to achieve their targets set in the lifestyle sector as well as how they make the best of their ipo proceeds. Some challenges is expected as Henan is still coming out of the impacts of the floods as well as combating delta variant hence some of its tourist attractions and areas remain closed.

-Overall it seems like a decent set of results from blue chips, especially banks, the STI has maintained at above 3000 which seems to imply that there is little fears of delta variant being priced into the markets as a negative sentiment. Dividends have increased as well which seem to signal a better economic sentiment.

Nanoflim Technology : Massive Sell down after its results released on 13 August 2021, Despite a slightly higher government incentive and grants, results are still broadly lower than in 1H 2020. Even with an optimistic view of 12 cents this year and attaching a 20% growth in earnings year on year. At a share price of $4, this is still relatively over valued as i am paying around 33 PE for 20% growth.  Alongside the recent resignations, it seems like there are still much more falling potential in share price.

Uni Asia Group: Intra Day Sell down of around 5% after results released on 13 August, has the results being bad? Depends on whose view 1 is taking. If the views of a couple of brains that i have seen they think that its average to below average. According to KGI, they think that its good and have revised the target price upwards. They have projected 2021 profits of 12.4 million USD while Uni-Asia has clocked a profit of

Personally i think that results are bad but because its bad, it can only get better. Given how current charter rates are going, i am expecting when the 3Q update to be released there is a huge jump in average charter. In fact i am expecting not less than 20k assuming the index holds at minimally June levels. Any thing below a 20k would be a fail.

As such, i estimate the 2H earnings should be around 19 million USD (Base assumption)

This equates to a roughly full year EPS of around 0.46 sgd. A pe of around 3 at current price.

While i believe that the company is undervalued at current market conditions, unfortunately, currently i will not be making any purchases.

I felt that the company could have given a better guidance in its segments like other shipping companies. However, such lack of information provides a value hunting ground for any who are willing to take the risk. After all, at a lousier scenario of 1H = 2H results, its 5 pe.

SPH – The end of a joke era and joke stock 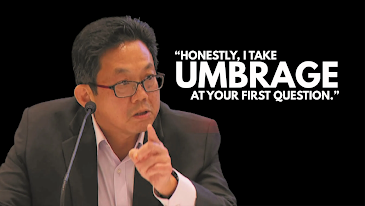 With the Keppel Surprise Acquisition offer of around $2.099 per share (Consisting of Cash, Keppel Reit Shares and SPH Reit Shares), it signals the end of an once dividend darling to many investors.

During his time up till recently, a dividend of $0.395 was paid. Which meant that the returns of a shareholder would have amounted to a loss of 22.79%. However, considering that a dividend may be announced still, the losses might be reduced further.

1 would wonder what has gone all wrong at the company for such things to happen. Let me attempt to sum it up from my memory.

Following the appointment, the company has gone on to many different fields, from aged care to student accommodations and acquiring partial stake of M1 are just few of the many acquisitions it has done.

However, most of it can be labelled as overpaid, In FY 2019, there was a 22.8 million impairment for Aged Care, considering this is pre-covid writedown, it shows significant misjudgement.

In 2020, on the back of the covid landscape, further writedowns were seen in Aged Care, Mindchamps, Student Accommodations as well as its exhibitions segment. 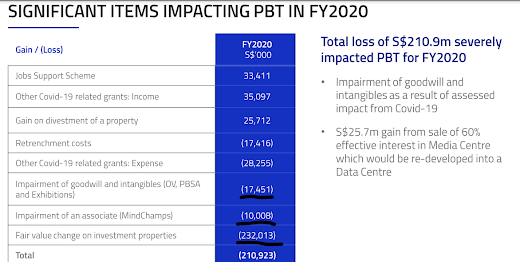 (17.4 million in OV,PBSA and Exhibition, 10 million in MindChamps, 232 million in FV Change of Invesment Properties)

In conclusion, the actions above have been detrimental to shareholder’s value. With regards to whether it has been written in the stars since 2017 or was it a human error in judgement, its up to individual’s take.

What this deal means to Keppel

Interesting enough, there are a few synergies that can be made from this acquisition.

First off, it gives them the opportunity to have full control of M1, operating as a private company even though it is on the books of a listed company.

Secondly, it gives them full control of the Media Centre, which is to be redeveloped into a Data Centre, which creates a possibility of flowing it into Keppel DC Reit in the near future.

Lastly, this offer is below the $2.21 NAV of SPH as at Feb 2021 after its dividend distribution, when one has factored in that the impairments were made to the property portfolio in 2020, this is a relatively bargain offer that could work well in the long run when the pandemic subsides. It is also worth noting that SPH owns 65.4% of SPH Reit but under this acquisition, only 45.4% are given to SPH Shareholders via the scheme. Which meant that a portion of it is being acquired by Keppel.

Final Thoughts on this offer

Honestly, i take umbrage at this offer, it offers little chance for SPH to recover to its great peaks and allow us as bystanders to appreciate that what a leader the CEO might have been. If this deal goes through, i wonder what others would see of him but in my eyes he is someone who is more than likely to erode shareholders value but guarantees an exit offer.

For SPH shareholders, they can continue hodling REIT shares and continue getting dividend off them(albeit at a much higher rate definitely).

Ultimately the questions for bystanders now will be what's next for Mr Ng?

Meanwhile if this deal goes through, i would say Keppel has done very well. 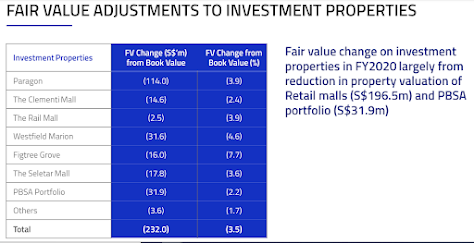