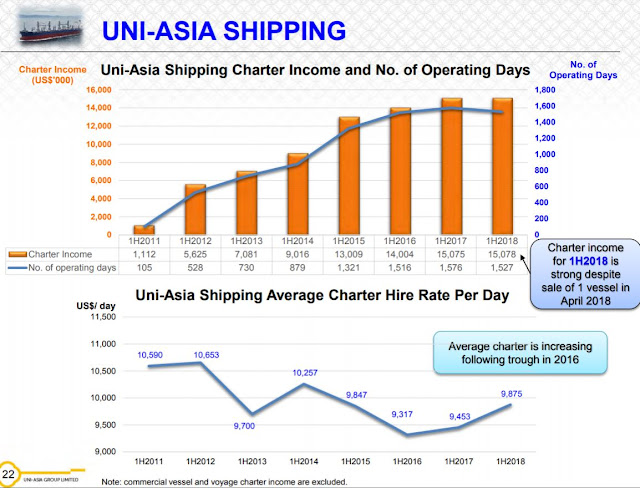 Being one of the retail investors invested in it, taking a closer look is a must.


Lets talk about some obvious findings that stood out 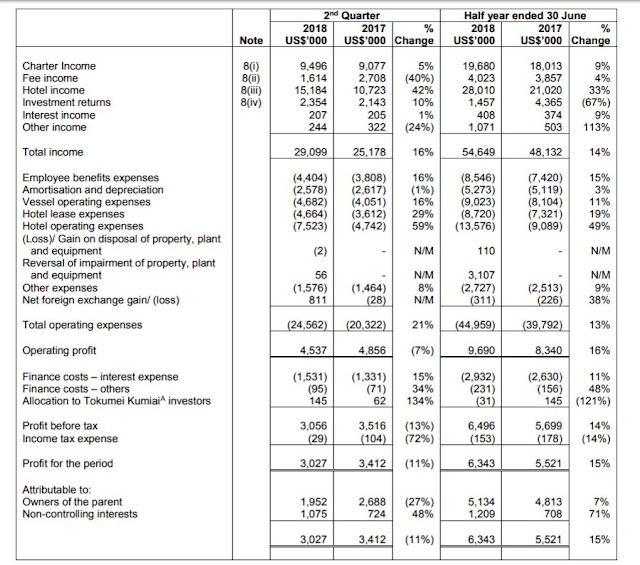 From the above it does seem like all is bad. Is it? 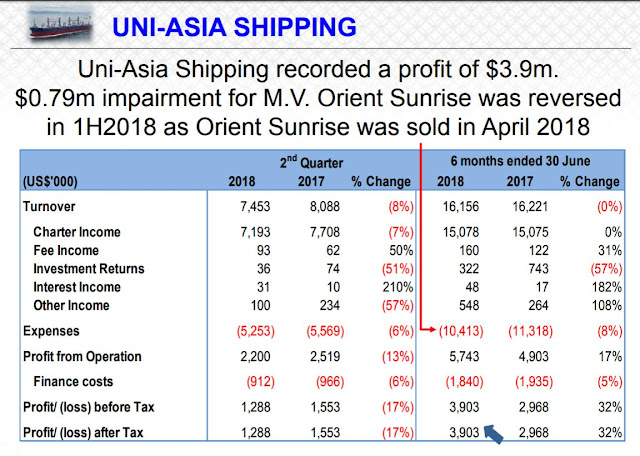 In terms of shipping charter, income were flat when compared by 6 months but 2Q 2018 was weaker than 2Q 2017. This could be attributed to the much lower operating days(in Q2) despite higher average charter hire rate as well as disposal of a ship in April 2018 The good thing would be that the average rates are on an uptrend. 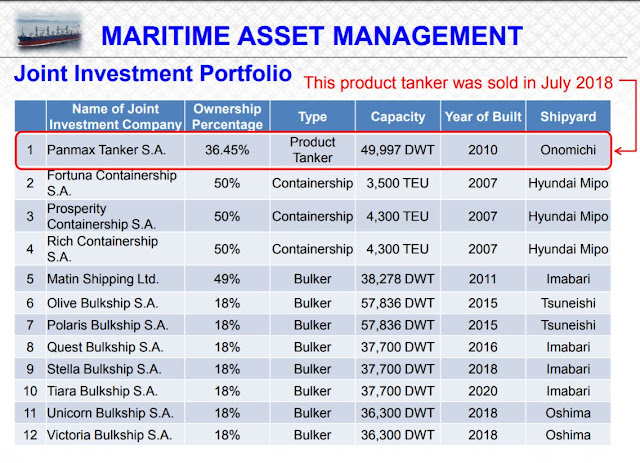 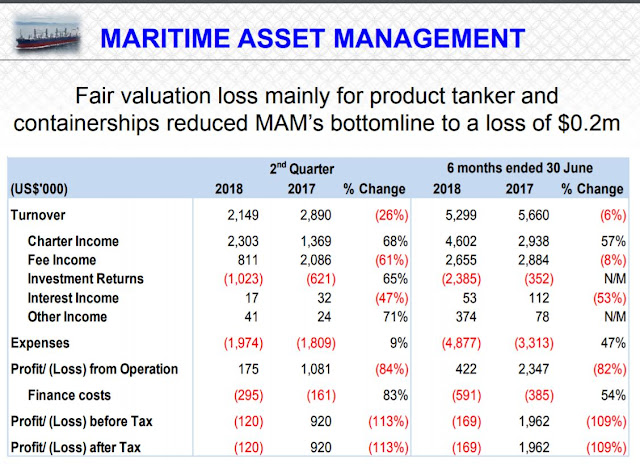 In terms of Maritime Asset Management segment, 'Investment Returns' became the main drag of the results alongside lower fee income. The investment returns should be the fair valuation losses incurred by the company on the containership and product tanker.
As the tanker has been sold in July 2018 after the 1H reporting period, it remains to be seen if any more fair value losses have to be taken upon the sale or if any could be reversed.
1 encouraging statistic is that charter income has increased 68% in 2Q 2018 compared to 2Q 2017
As a half year comparison, the charter rates have held steady in both 1Q 2018 and 2Q 2018. Also it has represented a 57% increase compared to 1H 2017

In terms of Hong Kong Properties,
CSW650 is fully sold apart from 1F and 2F has been given the certificate of completion and this means that we should see their share of the  total sum of money being transferred back to Uni-Asia after the money is fully collected from the sales of the building units. There has been some fair value gains of about 3 million USD upon receiving the certificate and it remains to be seen if there could be any more surprises in Q3 and Q4

K83 is almost fully sold and is slated to complete next year. It should receive a revaluation gain in Q4 of the year when management reviews the investment in the building again. 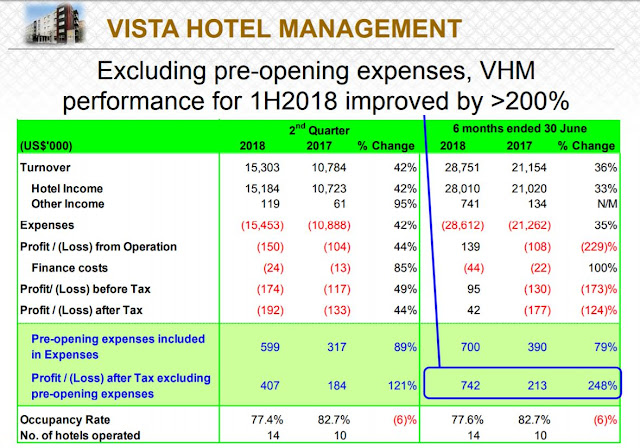 On first glance, the results seemed to indicate that the hotel operations are loss making in 2Q 18. However this seems to be due to pre-opening expenses incurred.
In 2Q 2018, Hotel Income did increase and these pre-opening expenses can be considered as one-off.
What i think is good is that the maximum income the hotels can achieve had occupancy been 100% is now higher, there is higher potential for more revenue gains. It seems like for now the break even rate could be around 78% and revenue in 3Q and 4Q of 2017 has been pretty stable around 13.8 million USD.
With 2 more hotels opening in 3Q 2018, i have hopes that the results would turnaround in 3Q and 4Q.


Conclusion: While the results has not been kind, the catalyst should still be in 3Q and 4Q with the hong kong properties providing some support and stable charter income from maritime asset management. If the Uni-Asia shipping segment can get higher rates and more days it would be good, although my own calculation says that they should be about 95-96% utilized.

In-lieu of the bad results, i am somewhat tempted to add more. Lets see how it pans out
Posted by zzxbzz at 06:44 1 comment: