Credit Bureau Asia Limited IPO . To Apply or Not?

Some Basic Info(Apologies if they are not as accurate)

Prospectus can be found here

These credit reports are needed for loan approvals as well as assessing an individual/ entity for their ability to undertake a loan.

The company has Singapore, Malaysia , Cambodia and Myanmar exposure. However, it has disposed off its Malaysia Unit as it was loss-making. 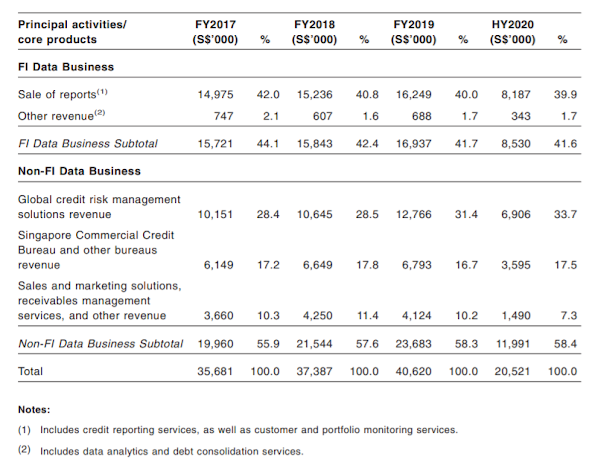 Perhaps unsurprising as well, Singapore contributes the most revenue and profit to the company. This is due to its market leadership in Singapore and Singapore being the most developed market among the 2.

-Rain or Shine, loans will be needed and there will be a need to assess if loans are needed. As such there will always be a good demand for credit reports and related services. This can be seen in its Half Year Revenue which was largely stable despite Covid 19 and circuit breaker.

-Company has 99.9% of market share in the FI Data Business. Being the market leader, it is likely that the revenue stream will be stable as the rival in this case is too far behind. 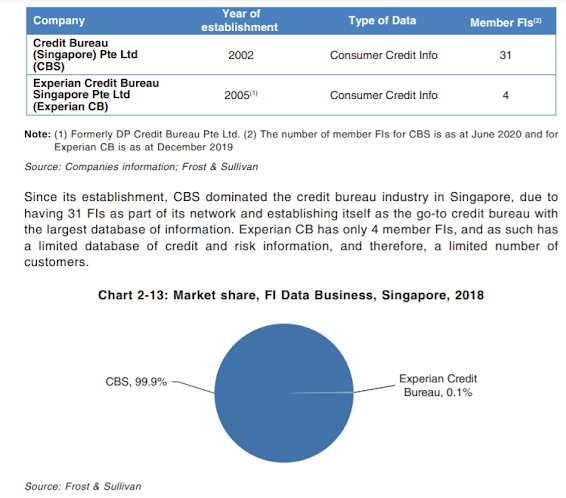 The company has also won the tender of operating the Moneylenders Credit Bureau from Ministry of Law. This will allow the company to further expand its reach in the FI Data Business as the current bureau is operated by its rival Experian. The tender victory would allow for a higher information sharing as more members are added. 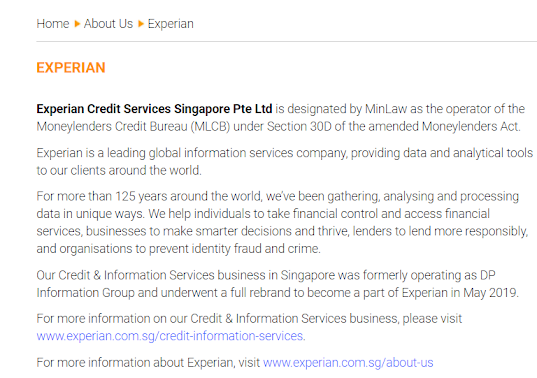 3) Exposure to Myanmar and Cambodia

-Both are developing countries, with economy picking up in the future, the need for such credit reports would likely increase as well. This would bode well for Credit Bureau Asia as it is able to take advantage of the rise in affluence. On top of that Cambodia has been profitable since 2017

To add on, it has only about 43% market share of the Non FI Data Business(54 million estimated in 2019), which means should it gain market share and maintain margins, the growth can be higher than 7%

What I Dislike about the company

1) Structure of the company

-With 51% ownerships and joint venture structures, it has resulted in the company's non controlling interest earning bulk of the company's profits.

A deeper dig will reveal its other owners sharing the profits are large data companies like Dun & Bradstreet(2017 Revenue 1.74 billion USD) as well as Equifax (2019 Revenue 3.5 billion USD)

2) The need for listing 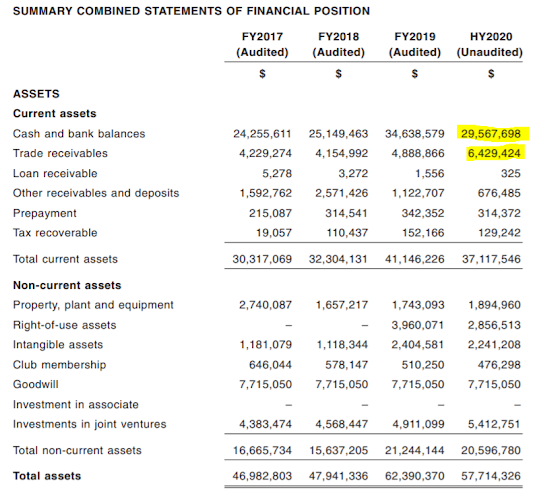 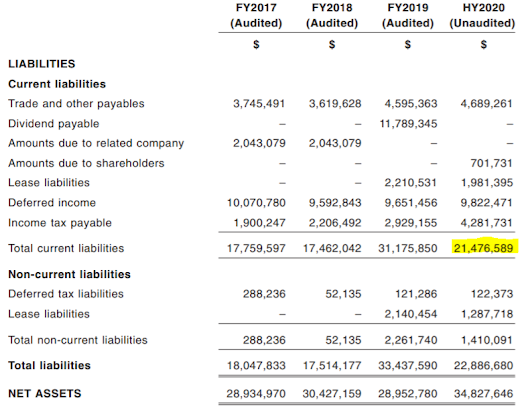 -It even paid out at least 10m each year. Which does not seem to indicate that they have any plans for a big expansion or acquiring a big rival or upwards/downwards intergration. Since if they would it is likely they would store cash instead 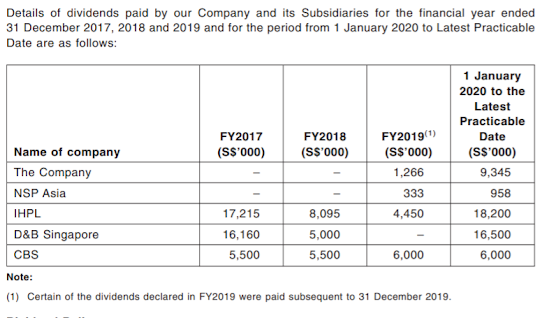 -Malaysia has been unprofitable in 2017, 2018 and 2019. Although the company cited reason was competition from multiple players in the credit and risk information solutions industry in Malaysia, it is a good reminder that the company is not always successful to breaking into another country and the Non FI Data Business is still competitive even in Singapore as well.

-I feel that its worth applying, though its not for a long term hold. Probably just flipping on hype and craze as well as the markets recovering well in recent times.

-In terms of long term prospects, i don't expect high growth of 30-40% in revenue year on year. However I think 5 to 10% each year will likely be possible. The growth will have to come from Cambodia and Myanmar in due course if things go the right way.

-As it is one of a kind IPO in SGX, there is no comparative PE to attach to. It would be unwise to compare it to the companies it is partnering as those companies have the scale and know-how.

-If i have to force fit a comparison, probably Vicom would be a company i would compare to due to its defensive nature. Hence a PE of about 20 would be ideal.

However, the rally is mostly sectorial based, with losses seen in some sectors.

Some would realise the gain on STI is larger than HSI. This is probably due to the sectorial mix. STI had more beneficiaries of the rally (mainly banks)

Key Beneficiaries of the Rally

Key Losers of the Rally

Basically, apart from Property Management, the rest can be classified by Old Economy vs New Economy related.

Its quite subjective for Property Management to be classified in either one since it does not rally today nor does it rally largely when new economy counters rally.

Although my view remains that today is probably a one-off and a reverse might occur based on information released in the following weeks or months.

In the near future should people be able to travel, it should reduce demand of the New Economy but not render it obsolete. The thought of vaccine news out yesterday affecting someone to not shop on 11:11 later or tomorrow does not really make much sense.

In such cases, I would stick back to looking at fundamentals.

The presence of vaccine should reduce the excess demand for gloves, but it will still be needed for administering of vaccines.

The presence of vaccine should release pent-up demand for travelling but does not mean that games and ecommerce would grind to a halt.

The trend of increased usage property management because of the convenience they brought in and the growth of property sector in China albeit slower should still stand. Rain or Shine,  a roof over the heads of people would still be required.

Tech Manufacturing should still continue as continued affluence should lead to increased use of tech products.

Similarly, just because one can fly in 2021(if possible), it does not mean that all hotels and airlines would return to profitability. One must consider the price wars that might happen between airlines. As well as the price wars between hotels. Next, another consideration will be the environment the hotels operate in. A company operating in a country with more people being vaccinated would most likely do better than a company operating in a country with little or no people being vaccinated yet.

If travelling returns but economy being a laggard does not recover due to lower numbers of travelling or unemployment being slow to pick up, interest rates are unlikely to see a raise anytime soon and hence it would likely mean lesser bottom-line for banks. Would this warrant an all time high for banks any time soon?  Fortunately, Banks are not anywhere near their all time high yet. But it is some food for thought

Would SIA look cheap even if it returns back to 2019 earnings at the current price? It probably would trade at a higher PE now then before its rights. But it just rallies as per the broad news.

Overall: Things may look very attractive as everyone starts pricing in a sooner than expected recovery. But whenever such things happen, it means that there is a higher chance of more volatility when the pricing in is wrong after more information is released.