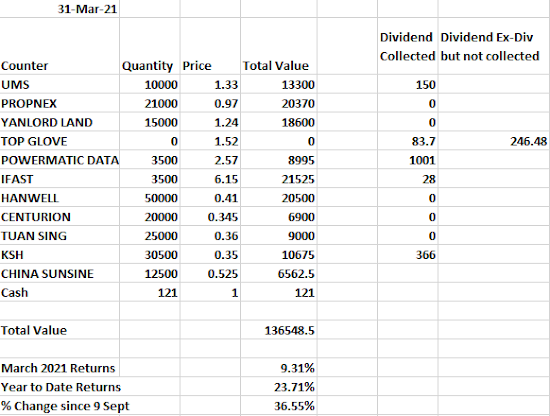 Hope this helps in some sense in debunking the myth that Singapore Market is a very difficult market to profit apart from the 3 banks.

Changes made in End March

Top Glove seems to have to many internal company problems in the industry that has seems to have its effects played out sooner than later. Initially a pick just in case Covid-19 got worst, it seems like Covid-19 vaccine story has played out much sooner and the problems with the company itself compounded and resulted in a very bad correction in its share price. An exit decision therefore has been reached.

The 10% profit and run game on moomoo (record so far)

Recently, I have opened a moomoo(futu) account for the apple share. However after putting in the money of 2001 USD, I did not cash out the initial amount placed and hence decided to use the money to try to see if I could make some small profits to have some Bak Ku Teh meals. 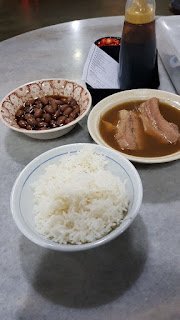 The main aim is to make around 10% profit and divest it. Should it end up reaching a 10% loss, the position will be reassessed to see if it should be held longer, or it should be divested.

I did not set any rules currently for when I need to buy again when I sell. But I try my best to do it on the same day if possible. As such, it is unlikely that I research very deep into the positions. Which is why the investment amount is not huge as well.

Sinopec Kantrons – Value purchase, flushed with cash following the sale. Oil prices rise in February and hence it hit around the target range. Hence divested. I did take a glance at the results release in March. It was rather decent apart from the huge divestment did not result in

Ocean Line Port Development – Its already 1 of my holdings even before I added it on moomoo platform, results satisfactory, gearing came down very much as well.

Lonking – Good Financial Position, Good Sales in 2021 January and February. The results released on 25 March was blockbuster, 33 cents dividend and improved results in 2020 when the street was expecting weaker results. As a result it went up 18% on 26 March. Hitting my target range and hence divested.

Zhong Ao Home – Results likely to be ok I think, the price has corrected quite a bit since the Greentown investment in a stake in the company and current price to earnings is relatively cheap in my opinion. The current price represents a close to 50% discount to Greentown’s initially entry price of $1.80. Though there are a few key risk to take into account as well. Mainly 1) High Goodwill, around 14% of total assets. 2) Impairment of trade receivables and high trade receivables.

1.        Pacific Basin (HKEX 2343) – Dry bulk play. Good Dry Bulk Data for the year so far. Will it sustain though? Time Frame not right after all results released recently and it has been going up already recently due to the Suez Canal news that has hit headlines for memes and laughters.

2.        Yip’s Chemical (HKEX 408) – Valuation looks cheap considering that a spin off is likely on the horizon. The recent share buyback would also demonstrate confidence to the current high chemical price climate. Time frame wise, with results released recently, its not a play for the results seasons hence there could be some time to go and some monitoring could be done.

3.        Central China (HKEX 832) – Results yet to be released, a spin off of its project management unit could occur this year. The value is there but I would want to make this a core position if the price is right. As such I chose not to add this as I believe the results is likely to be subpar as it has guided for lower gross margins of its property development already. Having said that, if its project management segment display good growth, it would help in improving the valuation of the company as it undergoes the spin off.

4.        Asia Cement (China) Holdings Corp (HKEX 743) – Results postponed; however, Taiwan side has released the results and it looks rather bleak as 4th quarter seems to be flat. Having said that, good revenue figures in 1st 2 months of 2021. With release of results of other companies in the industry such as Anhui Cement (flat results). I think if there is upside to occur, it probably would occur later.

3 Reasons to press for the bond

As such, the 3% bond should be traded at a premium and should open above $1. Which means anyone who wishes to punt should not be underwater on day 1.

The best comparison would be to compare with the SIA Retail bonds. Surprisingly for a company that continues to be unprofitable, it is trading at a yield to maturity that is below the ASTLC 3.85%. Although one can argue that its maturity its in 2024 and therefore have a shorter timeframe, the ASTLC 3.85% also has a Scheduled Call Date of 20 June 2024. As such should it be called in 2024 when it meets the conditions. The XIRR of 2.89% without counting any fees looks attractive as well.

A previous doubt I have in the private equity would be the performance and whether they would do well to generate profits for redemption. From the simulation by an independent research consultant, it seems to have done well by maturity date. Which means that the bonds are safe (not risk free but relatively lesser risk) 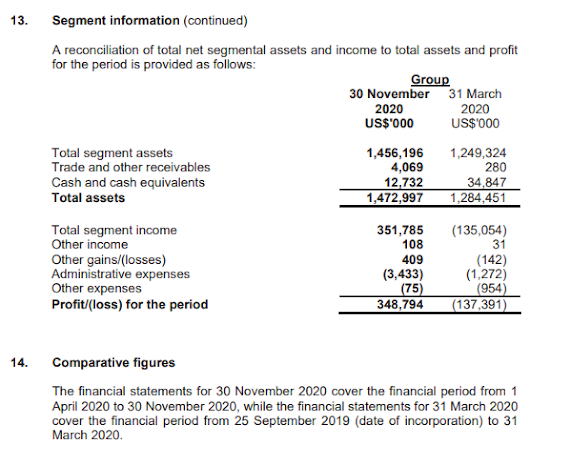 From the results, we can conclude that the covid 19 crisis did not affect profits of the PE Funds a lot as they manage to bounce back and regain the losses by turning in a profit that is way higher than the loss in the 6 months from March 2020. As such, passing such the hurdle of Covid-19 with flying colors is a big plus.

1)      Interest Rate Risk - If interest rate continue to increase, bonds would have a fall in price in general and would encourage funds to invest in other newer issues with higher rates.

2)      Stonks Risk – Well in the environment where a day’s fluctuations can be very wild, one would never know what happens in these few days. Assuming someone took the money to punt the Astrea Bonds instead of deploying them in Tesla or other more in-demand and in-focus stocks which they might have wanted. They might miss out on those gains instead.

3)      Freak Events – There can be many freak events that might happen out of the blue. For example, PE Funds found to be fraudulent etc. Should such shock freak events occur, this would likely drive down valuations of the PE funds and the bond as well.

Conclusion: It is a press! At least for the short run its worth the try. For the long run, the prediction of interest rates is anyone’s guess. A fair value opening price i guess should be 1.014.

Disclaimer: This is a post written in a short time span and of the blog owner’s view. As such it should not be a surprise should any mistakes arise in the post. It is also a post sponsored solely by the owner's own time.

-Company has also done well during the Covid Crisis, a trend not seen in its competitors.

-Operationally good, dividends though were a disappointment. Could be due to spin-off and capex requirements.

-Spin off should imply a fair pe of at least 15 as long as it’s not at sgx but rather hk or china. Which is massive considering that it is currently trading at 5-6 pe in sgx.

Industry is highly fragmented and lacks pricing power. While generally one could do its best to improve its business processes, it still conforms to the trend of the industry.

-Results decent thanks to ‘Other Income’

-Normalized Earnings based on Q4 is roughly 800k each Quarter

-Based on Annualized and Profit to Parent ratio of 58%, Estimate roughly 1.8 million in profit

-Effectively it is trading at 0 earnings valuation. With recent adding of shares by management as well.

-Revenue Increasing at a % lower than Freight Charges. This could imply that it does not have much value in its value chain in passing cost or setting cost. Which would start to hurt its profitability, as seen in 2020 its ‘Revenue – Freight Charges’ is lower than 2019.

- Record Profits thanks to disposal but a dividend cut. Implying business conditions might be tough?

-Results fundamentally solid however the re-valuation was a surprise. Will have to see the valuations of the spin-off eventually should it happens. EBITDA came in pretty close to estimation for the Primary Production Business.

-Spin-off would also reduce the gearing of the company as the Primary Production has higher liabilities to assets compared to the group as a whole.

-Based of its Bakery Operations of 7.3 cents, trading at around 14 PE for a Bakery Company looks rather appealing.

After removing primary productions from its market cap, the adjusted PE is about 10.

Earnings Normalizing post covid, spin-off not occurring again due to lack of demand.

-Profits come in around the same after normalizing earnings. Definitely unlike Sincere Property.

-Higher Sales throughout 2020, margins going down as per industry trend

-3 Red Lines. Yanlord Land seems to have passed all 3 requirements, meaning that it would be able to grow its debt further. To add on its investment properties (around 20% of its assets) should provide some breathing space in the future as it can be sold off if needed to meet the requirements.

- With roughly 4 years of 2020 Revenue’s sales yet to be realized, the next few years seem fine.

Does not seem to follow trend of other China Property Stocks that are listed in China or Hong Kong.

For example, on 25 February, most property stocks trended higher by 6% to 20% following news of 3 batches of land sale per year by multiple cities.

Unfortunately, this sentiment is not seen in Yanlord Land which could imply a different investor base and perception towards China Property Market. As such, any positive sentiments from China/HK is unlikely to be replicated in SG.

Excellent Inventory Control. Revenue and Purchase of Goods and Consumables have a very similar magnitude in change. Which is ideal as you would not want purchase going up 50% but revenue going down 10% or going up only 10%.

Market Cap of 193.32 million, Cash – Liabilities amounting to 30 million, full year earnings of 17 million without other income. Valuation does not look steep.

Failed acquisition offer might result in being less shareholder friendly. As seen in its dividend despite a record year. The dividend is lower than 2018 despite profits being higher than 2018.

Fall in Employee Expenses, in any other year in normal business circumstances, that would be good productivity showing. However, this year, the employee benefits fell by 3.1 million which meant that either someone was fired, or the overall pay package has been reduced.

From a shareholder standpoint, its good to see good results. But from an employee point of view, knowing that your company made 5.6m more before tax by cutting employee cost by 3.1m and receiving 4.8m more of other income. I don’t know how to view it.