Short Post: The listing of Yuba Hut on HKEX

Yuba Hut would be making its IPO on the Gem Board of HKEX on 18 May under the company named SG Food Holdings (HKEX:8496). The company includes brand names of Yuba Hut, Proofer, 300 BC Bakery and Laura Restaurant. Proofer is the brand that generates the most revenue for the company.

What I Dislike about the listing.

1)      The net proceeds from the listing would be roughly 27m HKD but the listing expense if roughly 30.1m HKD. It kind of makes no sense listing since most of its gross proceeds is used to pay its listing.

2)      Pre-IPO investors are not prevented from from selling their shares at opening. Pre-IPO investors got in at 0.56 Hkd per share and hence its way cheaper than the listing price. Lastly, the price they got in was based on an adopted PE of 7.1 times, which should be a more indicative PE than the listed PE.

Key Highlights
1)      Revenue from March 2020 to June 2020 would be expected to be 28.1% lower. That is probably an indicative of how business would be affected during the covid-19 period but I think it might be higher
2)      The company is expected to receive 1.5m SGD in rebates and supports. This is from rental rebates, Jobs Support Scheme and Foreign Worker Levy. This is roughly 16% of its operating expenses in 2019. My feel is that the Covid 19 impact is likely to last more than 3 months and hence the supports the company is receiving is probably insufficient
3)      Yuba Hut has shown positive same stores growth of 5.8% from FY 18 to FY19. Probably displaying a decent demand for its food
4)      Proofer, its largest revenue generator has displayed same store growth of 2.4% from FY 18 to FY 19.
5)      Revenue increase of 70% from FY 2018 to FY 2019, this is followed by a similar increase of profit of 68%.

Although I think Yuba Hut serves good food, I feel that the fact that some of its restaurants and bakeries has been on operating losses since early March is not a good indicator of its business prospects.

The listing net proceeds of 27m HKD is also not far away from its adjusted net profits of 14m HKD in its most recent financial year. In other words, the listing reasons is dubious and the amount raised is rather low to be raising money for growth.

This Ipo probably depicts the negative impacts of Covid 19 on the bottom-line of FnB, which is particularly important since most companies in the SGX are switching to a half-yearly report. 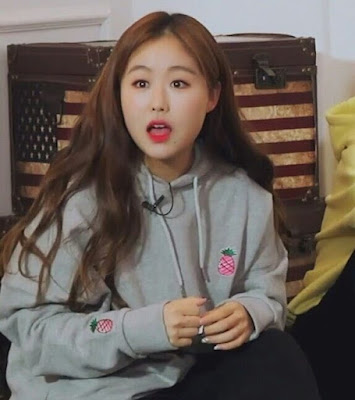 Probably my reaction to the whole of April

Transactions
Added nothing in April

Mainland Holdings- Profit warning, 1Q 2020 is comparable to 1Q 2019 but 2Q will be severely affected due to lock down in Bangladesh and orders by European and American companies being withhold-ed/delayed. However unable to ascertain impact as of end April.

Comments: Not entirely surprising, with consumption for sports events and global supply chain being affected, this definitely would affect demand and eat into profits.

Comments: 7% drop in profits for 1Q is remarkable as China was busy with Covid-19 and Govt has implemented lower selling price policies as well. With the huge amount of cash on hand and good yield, i am not really worried.


Personal Thoughts on the markets

Predicting when Covid-19 ends would probably be a tougher thing to do than striking a consolation Ibet hence as of end april i feel that we are pricing in things to return to normal in June.

Perhaps some of the companies(E.g Straco, SIA, Sats)  that are more badly hit due to higher tourism exposure would definitely take a much longer time to get back on track which leads to their share prices being more depressed than the general market

As for Reits, commercial reits are the ones retailers can experience the profitability by sensing the covid 19 fears among the public and the crowd in the malls. As we have seen from the  result of some reits, they are cutting distributions for now due to uncertainty hence if one is expecting cashflow in the upcoming half year, they should reconsider their purchase.

Personally i would prefer to buy companies who are cash rich at this point / have operations that are functioning despite the covid 19 concerns and circuit breaker measures.

2 Companies I have in mind currently for adding a position

1) Hanwell Holdings
-Distributes Consumer goods like Tissue Paper, Rice, Coconut Water, Tofu and many more(hence operations unlikely to be affected by circuit breaker)
-Cash + Trade receivables net of liabilities is 17.6 cents sgd against the current traded price of 18.7 cents sgd
-The wild card would be Tat Seng Packaging, while operations in China have went on, the impact is unknown yet. Probably a 20-30% fall in revenue would be norm.

2) Powermatic Holdings
-1H results is 84% of last year's full results
- Cash+Investment Property net of liabilities is 1.70 sgd against traded price of 2.14 sgd
-This means that the business on a normal operating scale is trading at less than 5 PE
-Has announced that its China operations has been operating albeit expecting disruptions in demand
-From a balance sheet point of view, its definitely a safe company even if no growth is factored in. It has one of the most straightforward balance sheet i have seen.

Adding that to the list from the previous post, there is quite a few on the watchlist already.

1) SIA
-SIA would likely survive but that does not mean the share price will not be depressed, unless one is betting in short term fluctuations then it could look good for speculators but from a investing point of view i would not be any much interested in it.
-The rights issue is just too dilutive. Post rights issue, the number of outstanding shares would be roughly 6.4 billion shares assuming the convertibles are converted. SIA had earnings of 551.6 million in 9 months of 2019/20. Assuming SIA earns annual earnings of say 900 million in a non-covid setting, at the share price of $3, the market cap is 19.2 billion. The PE will be 21.5, which is still a very high PE for a company that is very susceptible to global economy fluctuations.

2) Sembcorp Marine
-3 Full years of losses (I believe the impact of oil prices even before the flash crash has done enough harm to the company)
-With oil prices being even more depressed, the company would more than likely suffer even more
-Company turn current assets positive to negative in 2019.(Current liabilities more than current assets as of end 2019)
-For the full year in FY 2019, gross profit margin is actually negative, which indicates that it probably has some business fundamental flaws.
-On a closer look, EBITDA is positive, generating 103 million in 2019. However, depreciation cost is 238 million in 2019 and borrowings cost 130 million in 2019 (although its offset by 93 million of interest income from customers which cannot be assumed to be stable and recurring). As a whole the EBITDA is not sufficient to pay off its borrowings.
-Apart from the long long long time rumours one hears of a merger might interest the speculators, I do not think that the company is attractive at all.