Without a doubt, squid game has become the most talked about show in recent weeks. With everyone getting into such genre again. The previous time where there was a hype was when Alice in Borderlands was released but it did not generate this level of hype.

While watching the show, i saw some relation to investing that i would like to share about 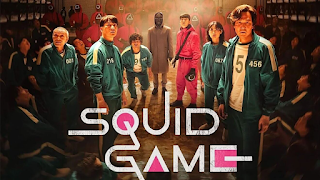 1) Joining the game because simply there is no choice

Pretty self explanatory as the contestants joined due to various financial debts they have and needed the money to solve their problems.

This is somewhat similar to investing as people who do investing are those that need the money to help them in their mid term to long term aims. If one is simply rich enough such that investing does not matter then they would probably not do any investing and instead focus on living their lives.

1 thing i have always like to tell my peers is cause i got no choice thats why i have to invest...its not like i was blessed with high pay or anything near that.

2) Game 1 relating to Markets and Fluctuations

Those who have watched will know the rules hence i will not bother explaining further. As i watched the show i am reminded of how it is associated with shares. 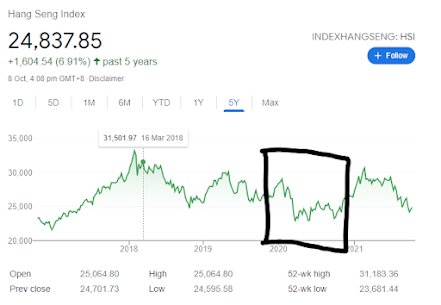 (Crashed but it recovered eventually)

In the initial stages there is rush of excitement. Shares go up. Then something scary happens and a lot of people panic and get shot. Similarly in the stock market, the share price goes down as everyone panics. However like in the game itself, those who calm themselves and complete the game will benefit as those who can hold out, buy more and stay in the markets will be rewarded. 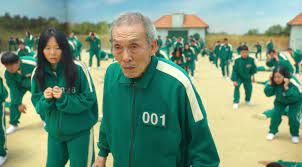 The old man being the first person to continue the progress after the wave of deaths did not hit me as any stock reference when  i watched the show. However in recent days , i have found a reference to this.

Perhaps now that someone has took the courage to run up, it could be a time for people to follow. 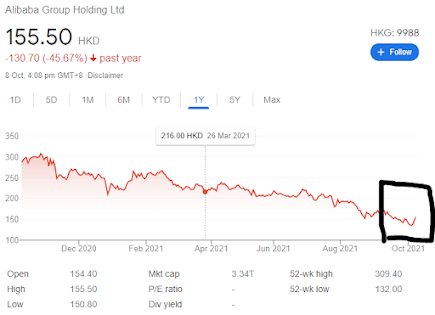 (Could this be the start of the comeback? Or could we be walking into a trap?)

Then when you give an answer people be like you buy liao? your entry price is what? sure can buy bo? buy liao will up or not scared drop.

Well everyone just waits for someone to lead and see if they survive before following.

But truth be told, in investing, everyone is crossing a different bridge and how well each person crosses the bridge is based on the expertise that each person have.

Of course, if you fully copy the steps in time, you will be able to cross that bridge. But you would never know if that person will be with you when you need to cross another bridge. In an investment journey, there will be a lot of stock decisions needed to be made and it is like crossing many different bridges