Thoughts on 5 years of investing 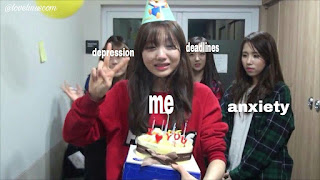 Will be sharing some thoughts to what I have seen, felt and observed in these 5 years. Do note that these thoughts are definitely biased and might be wrong as well.

1) It's possible to be investing for 5 years and still be unable to encounter a take-over offer or a rights issue.
The former is probably due to luck and the latter would be picking companies with high levels of cash and low debt. Avoiding reits would also help in avoiding a rights issue

2) People who are awaiting a 'crash' like 2009 are probably still huge in cash since I have started investing.
Unfortunately, the STI has not reached the 1500 levels (1594 in 2009) from 2014 to 2019, the lowest it ever went while I was investing was about 2629 in 2016. Hence people who thought that in 2016 the oil price crash and the china penny stock crash was actually gonna send the STI to 2009 levels would probably be still logging in to their bank accounts on a regular basis thinking how much of it should go into SSB and telling themselves the crash is definitely coming as its long 'overdue'

3) Power of compounding > Waiting at the right time
This point has been illustrated many times online on a numbers basis. However the psychology of losing money is too strong for some people. For others, it's about whether they can compound well. Index funds have decent past results but naysayers would always say 'Past performance does not guarantee future results keke'. Ironically it's also some of the naysayers that say the 10 year once crash is due and mocking those that say 'this time it's different'

The last % is the amount u would have to lose in a market crash to lose to 2% Bank Interest Compounding which we all know is just a layman assumption as interest rate falls, it's difficult to find a pure play deposit and obtain 2% interest in each month.

4) For stock-picking, idea generation is important.
I have probably came across roughly 40 stocks in just 5 years that I have bought and sold some. So it's safe to say each year I probably need to have about 8 stock ideas that I would execute. The number of ideas would definitely fall when one is being more concentrated. I would say 5-6 ideas a year is pretty good already.
Another thing would be that you cannot expect all ideas to do well, it will not. There will be some hits, some misses and many more refining and going back to the drawing board to redo the process again.

5) Attending Company Agms are important even if not all Agms are particularly useful.
That is one way I seek some confidence in holding stocks that are relatively less known and those that I have quite some losses in. In particular to those that are in deep red, attending agms would allow me to gather some thoughts to if I should average down and when I should.
My thoughts would be that
If one would buy insurance to cover the risk of yourself falling ill or be unable to work, why would you not seek some form of insurance to your own investments even if it's not fool-proof.