Short Post: The listing of Yuba Hut on HKEX 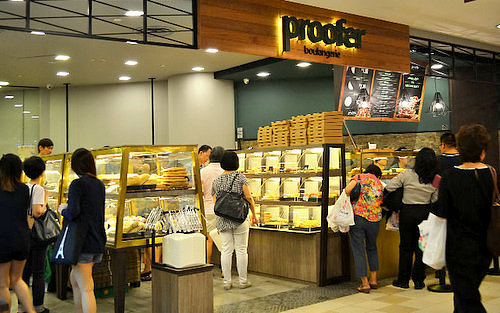 Yuba Hut would be making its IPO on the Gem Board of HKEX on 18 May under the company named SG Food Holdings (HKEX:8496). The company includes brand names of Yuba Hut, Proofer, 300 BC Bakery and Laura Restaurant. Proofer is the brand that generates the most revenue for the company.

What I Dislike about the listing.

1)      The net proceeds from the listing would be roughly 27m HKD but the listing expense if roughly 30.1m HKD. It kind of makes no sense listing since most of its gross proceeds is used to pay its listing.

2)      Pre-IPO investors are not prevented from from selling their shares at opening. Pre-IPO investors got in at 0.56 Hkd per share and hence its way cheaper than the listing price. Lastly, the price they got in was based on an adopted PE of 7.1 times, which should be a more indicative PE than the listed PE.

Key Highlights
1)      Revenue from March 2020 to June 2020 would be expected to be 28.1% lower. That is probably an indicative of how business would be affected during the covid-19 period but I think it might be higher
2)      The company is expected to receive 1.5m SGD in rebates and supports. This is from rental rebates, Jobs Support Scheme and Foreign Worker Levy. This is roughly 16% of its operating expenses in 2019. My feel is that the Covid 19 impact is likely to last more than 3 months and hence the supports the company is receiving is probably insufficient
3)      Yuba Hut has shown positive same stores growth of 5.8% from FY 18 to FY19. Probably displaying a decent demand for its food
4)      Proofer, its largest revenue generator has displayed same store growth of 2.4% from FY 18 to FY 19.
5)      Revenue increase of 70% from FY 2018 to FY 2019, this is followed by a similar increase of profit of 68%.

Although I think Yuba Hut serves good food, I feel that the fact that some of its restaurants and bakeries has been on operating losses since early March is not a good indicator of its business prospects.

The listing net proceeds of 27m HKD is also not far away from its adjusted net profits of 14m HKD in its most recent financial year. In other words, the listing reasons is dubious and the amount raised is rather low to be raising money for growth.

This Ipo probably depicts the negative impacts of Covid 19 on the bottom-line of FnB, which is particularly important since most companies in the SGX are switching to a half-yearly report.