Uni-Asia Group (SGX: CHJ) actually released results back in August but then i decided to take some time off and gather some of my thoughts first.
-Results can be found here

Quick Summary
-Interim Dividend of 2 Cents
-Profit of USD 2.9 million or 3.78 usd cents in Q2
-1H 2019 Profit came in at 8.66 usd cents
-Results mainly driven by recognition of certificate of completion by its 3rd Hong Kong Office Project K83. This was previously guided in the Q1 analyst briefing hence its not a surprise.
Previously i wrote about hopefully a 2 cent dividend being announced and it did happen. So I am pretty please with it.
-Overall i would say i am not surprised with the results. It's probably the first or second time i actually think this way for this company as in the previous year there has been too many fair value losses. 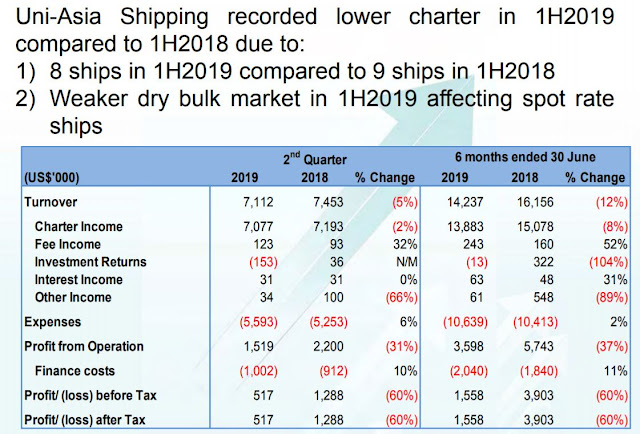 Q2 charter income came in roughly the same as Q1.  Having previously estimated a drop of at most 10% in charter income from Q1 to Q2, i am not too surprised with the results. The only concern would be the expenses which shot up from Q1 to Q2 as well as much higher than previous year.

Moving forward(at time of writing its 3 September), the baltic handysize index has jumped from 516 on 31 July to 665 on 3 September. With some ships due for renewal and some with rates pegged to the handysize index, i should see better shipping numbers in Q3 compared to Q2 and Q1. This is because the highest the index reached in Q2 was 516 while in Q1 its 588 but it sharply declined to 294 before recovering to 464 at the end of Q1. 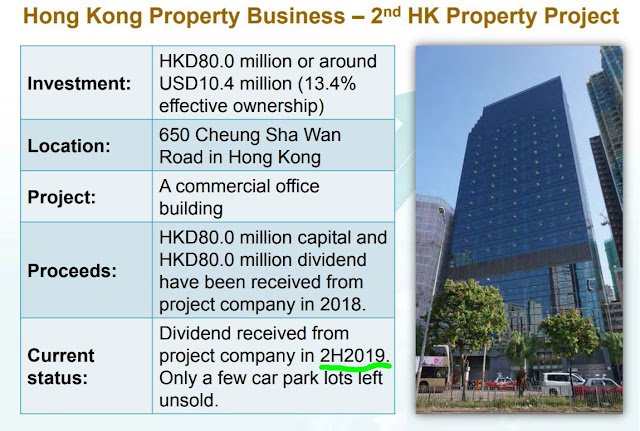 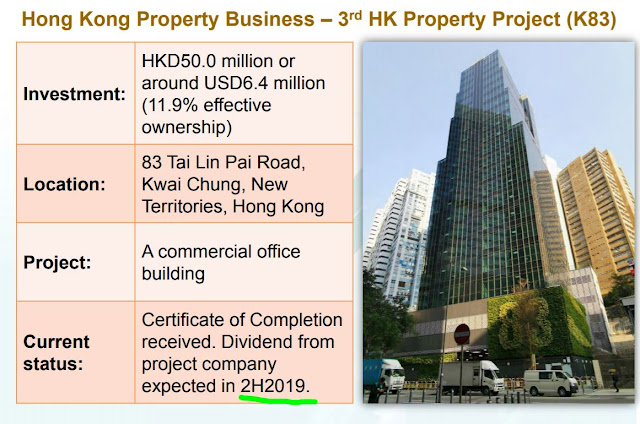 With regards to both the projects, more gains should likely be recognized in Q3 and Q4 2019.
The main dilemma facing the company is whether should take continue to invest in Hong Kong should another proposal to invest comes to their table. As they have mentioned its tough to find a good partner in Hong Kong and the returns from its investments have been very good but the current Hong Kong conditions might pose a threat. That is something that the company would have to assess should an opportunity arises.

Irregardless,  i remain positive that these 2 projects would drive the bottom-line for the 2H 2019. 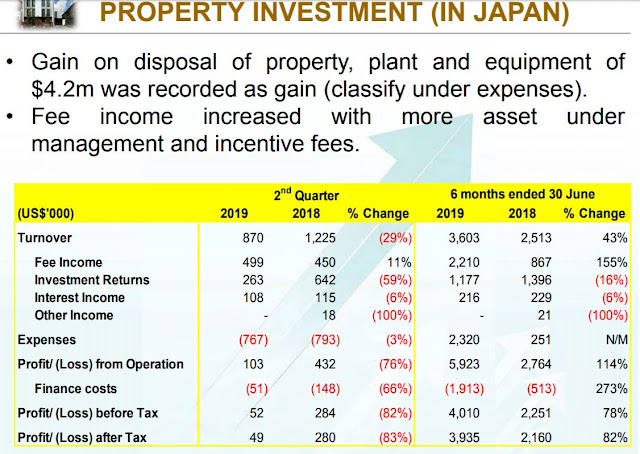 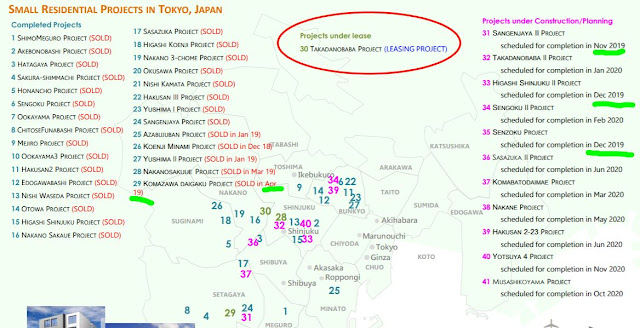 With only 1 Alero project sold in 2Q, results came in at close to 0.
Looking at the list of projects, it is unlikely there would be a huge contribution in Q3 2019. 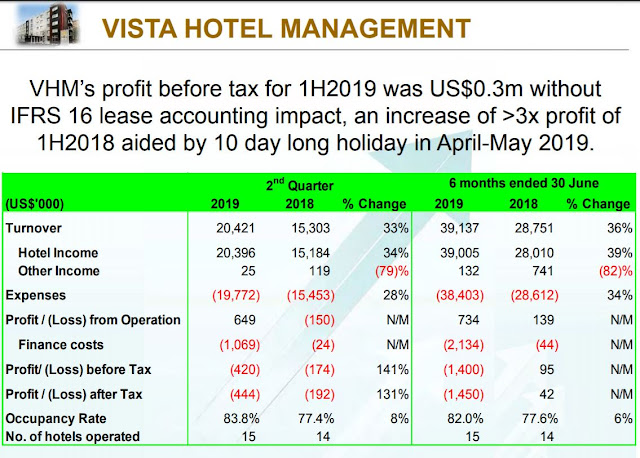 As a result of lease accounting, it was estimated that the segment would be unprofitable and it did not surprise.
The encouraging signs would be
1)The segment would be profitable had lease accounting been not accounted for.
2) Higher occupancy rate in Q2 than Q1 and as well as higher than previous year despite having more hotels opened
3) Occupancy rate of 83.8% is highest ever, with Q4 2018 being 83.7% while Q3 2018 was 82.8%

However it is worth noting there will be 1 hotel opening in December 2019(Q4) which means there would be some pre opening expenses recorded again.

-Business Segments showing improvements and with the gain yet to be recognized, i remain largely positive on a very good result in 2H 2019 and subsequently a very good dividend.
-The possible pitfalls that might affect the company's operations will be another sudden downturn in the dry bulk industry or Japan Tourism affected by global economic sentiments.
-Another key area for concern would be the lack of substantial HK Project Drivers in 2020 should the situation in Hong Kong deepens. 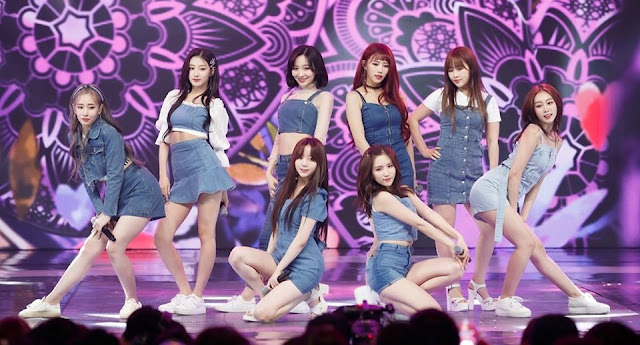