Tat Seng Packaging released its 1st Quarter results on 10 May 2019.

It was somewhat a surprise as Tat Seng has never released its 1Q and 3Q results, meaning that investors have to infer from Hanwell previously.

Results came in with net profit coming in at 59% lower. Though I have to admit that i was not really surprised with the poor results. Will explain later in depth why so.

Negatives
-Net Profit slipped. Doesn't need much elaboration on this

-Non-Controlling Interest recorded a loss, this meant that one of its plants would have likely incurred a loss, which signifies a much more competitive environment and companies might have to shut down operations.

-Gross Margins slipped below 20%, 20% is actually a very interesting quote from a chinese website that writes 'If not for the sake of the staff, one would be better off working instead of running packaging business that is below 20%)

-Volatile Yuan, especially with trade war possibly bringing yuan back to 1 usd = 7 yuan levels, what this means is that the comprehensive income might record loss and instead be book value destructive

Positives
-Sales volume increased 2.9% in 1Q 2019, a remarkable feat considering that the shroud in the industry currently

-Cash flow from operation came in at 4.3 cents per share, largely due to good trade receivable collection.

-According to Chinapaper, the new Nantong plant to bring in 100 million sgd of revenue each year? Nevertheless, from the article, the new plant seems to be well received and aided by the local authorities. It also reiterates the state of the art facilities present with equipments of international standards. 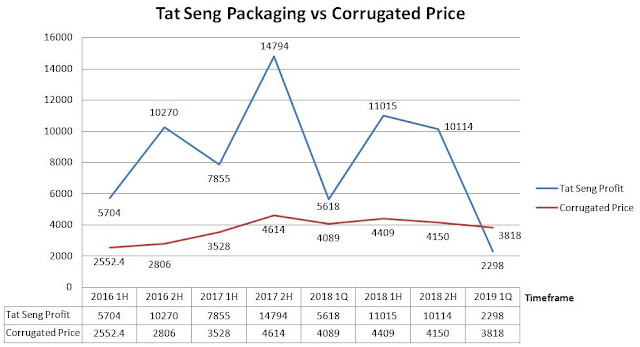 -Do note that 1H results do include 1Q results as well. Previous 1Q results would not be accurate as they would be based on estimations from Hanwell which is something i did not choose to include in the data.

From the chart its easy to understand 3 key points

1) 2H will usually be better than 1H due to the traditional peak season effect. That trend however is not applicable in 2018.

At time of writing its only May, but April corrugated prices are about 9% lower than 1Q 2019 average. The bad market conditions can also be seen in the shutting down of packaging firm in China. 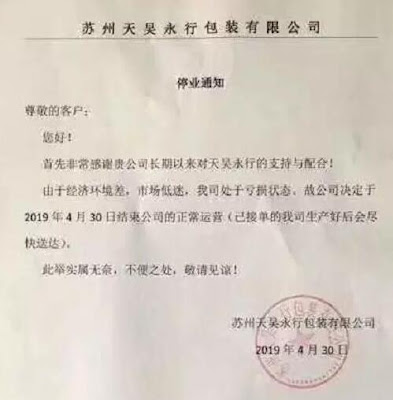 (Translated to English: Thank you for the long term support to the company. Due to bad economy conditions and  a downturn in the markets. The company is in a loss making position and has decided to end operations on 30 April 2019. Orders that are already received will be delivered as soon as possible. This decision is made out of a lack of alternatives and we apologize for any inconvenience caused.)

Based on that and the above materials, i would estimate that the profits would be lower than 5.7 million which is the lowest 1H result from 2016 to 2018. I would say if the company earns a minimum of 3 cent EPS, it would be remarkable performance.

I would say Tat Seng is generally a decent company going under tough industry conditions at the current moment.
The price to book currently is attractive but estimating earnings going forward is going to be tough as as the highest factor would be demand in corrugated products. This in turn drives prices and profit of corrugated packaging companies like Tat Seng.
I will probably need more time to think through if i should even be adding any equity(not just Tat Seng) at the current stage.
Meanwhile i would listen to some k-pop and think through. 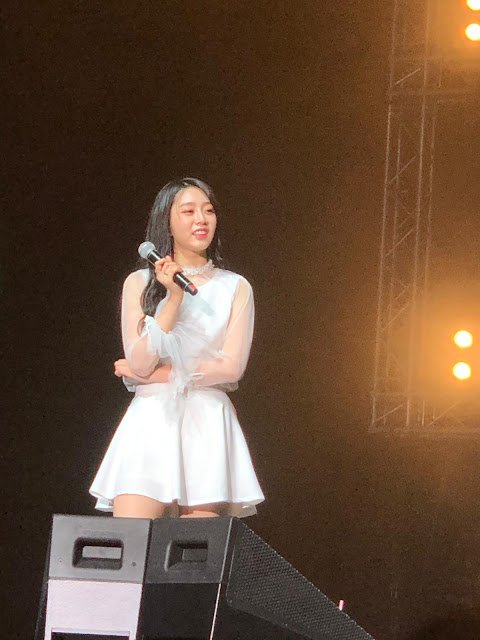 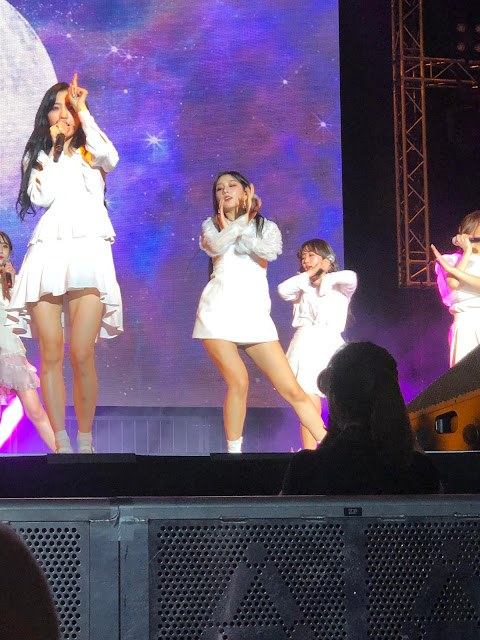