Will be a short post as there is only 1 million public shares available for application.

1) Good Revenue Growth that is driven by gain in profits.

Being a food manufactuer company, improving margins is important. As such, the company has done well improving its margins from 2019 to 2020. This has further improved in 1H 2021. As such, if the company does sustain its growth, it does not look expensive at all given a forward IPO PE of around 7.5 not accounting IPO Expenses. 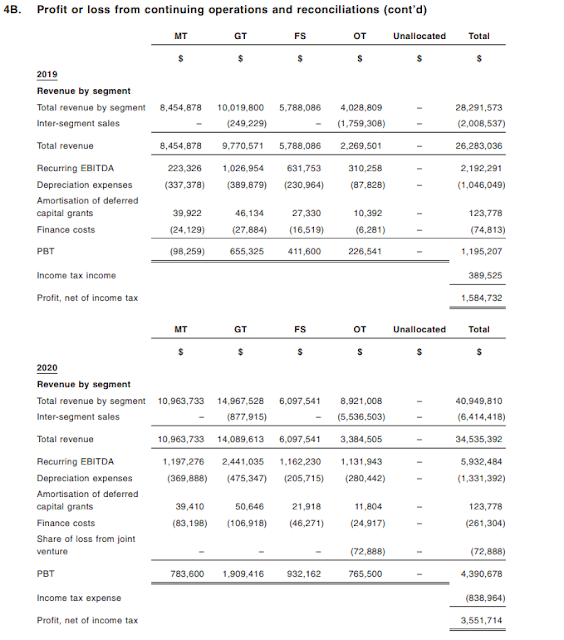 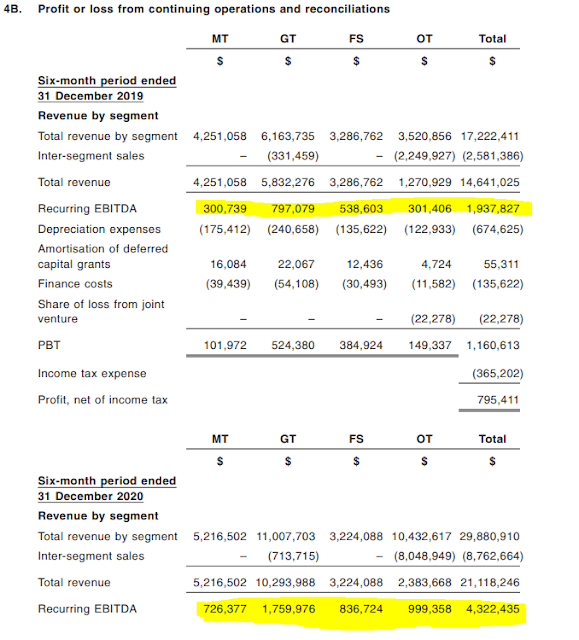 2) Malaysia Growth Segment and Incentive to Manager is via profits.
Looking at the revenue segment by country, one can identify quickly that the expansion in Malaysia is the reason for the growth in profits.
From 1.4m in 2018 to 2.3m in 2019 to 7.4m in 2020, this growth trajectory itself is pretty impressive. However in 1H 2021, it has grown to 7.5m which has overtaken the whole of 2020. As such, while it is hard to assess the extent of growth it can have, it seems like they have done very well for a company entering a newer market.

On a closer look, Mr Teh the general manager of its Malaysia segment will be paid 10% of profit before tax as a performance incentive based on the Malaysia operations. This incentive does not count for 1 off fair value gains in investments and properties. As such, he is incentivized to deliver higher profits and as such enjoy higher bonuses. From the early signs, I would say he is paid well and he deserves to be paid well as he has done really well in Malaysia since the entry into the market in Mid 2017. 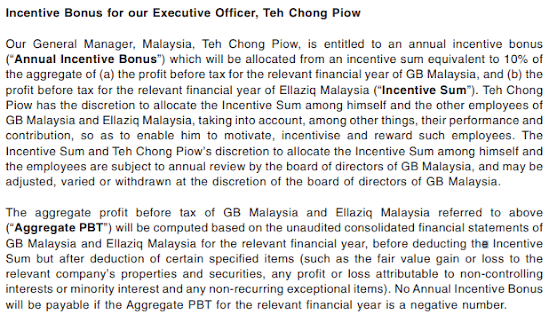 Cons
1) The company made 2.9m profits in 1H 2021 and 2H 2021 should be a better half as usually 2H would be better than 1H. As such it makes little sense to be listing and raising a net amount of around 6 million.
2) As the company is involved in the productions of canned foods, the company does face price wars from its competitors and as such it does not have the ability to pass on price increases as well if its competitors does not. This meant that any improvements in margins have to be via production improvements and improving revenue.
Conclusion
Its hard to find reasons listing such a good company. On paper it looks like a decently priced company that could be a multi bagger should it show good growth. Given by how Malaysia has been a success, one wonders if Indonesia and Philippines be half as successful, the growth would be tremendous.
To add on to that, Malaysia has a larger population and such canned food would be a choice during Covid times. As such, while it is hard to estimate the revenue growth, its safe to say that the demand for canned food will remain to be strong.
Given by how low the public share offering is, probably buying from the opening market would be ideal if the price offers a reasonable PE. Its one of the IPO shares that I would not mind holding post IPO.